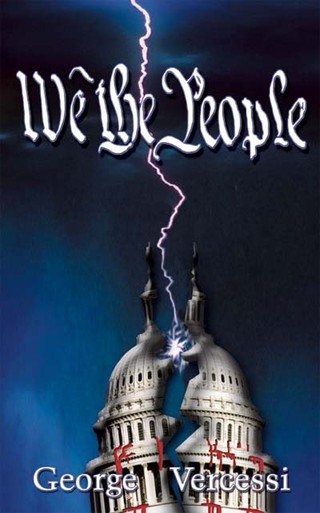 The story cartwheels from Washington's halls of power to the pitching deck of an aircraft carrier and the depths of Bermuda's seemingly serene waters.
The action begins when the helo with the vice president aboard crashes at sea. From there, Navy commander Paul Henly is drawn unwittingly into a dangerous game of high stakes political intrigue.
Henly is on the fast track to admiral. A naval academy graduate and dedicated officer, he wears the coveted gold wings of an aviator. And, while he's got all the right tickets, including a White House Fellowship, he's ill-prepared for the dangers awaiting him.
Aided by Navy diver warrant officer Foster Robbins and commander "Duke" Sampson, a combat-tested Navy SEAL, Henly uncovers a chilling plot to unseat the president and is nearly killed in the process.
Finally, with the evidence in hand, he must decide if going public is worth risking anarchy. The solution is ultimately provided by a trusted ally, Chief Justice Albert Bryant, in whose private chambers the consipirators hear the verdict that serves justice and preserves the union.