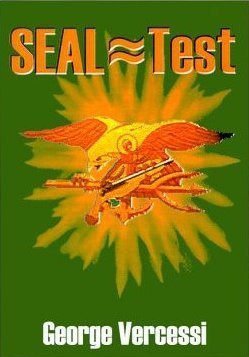 U.S. Navy SEALs are dangerous folks (just ask their enemies, if you can find one alive) but they can be even more so when they cross over to the other side.

At 1:20 PM the day before Thanksgiving recess, five men enter a classroom at the U.S. Naval Academy and, identifying themselves as U.S. Navy anti-terrorist SEALs, announce a security drill. Later that same evening, the midshipmen are reported missing and their professor is found with his throat slashed. No clues or demands are left behind.

It isn’t until the following day that the reason for the kidnapping is disclosed, when the first in a series of obscure, grisly messages is sent to the U.S. ambassador in Cairo. An hour later, the resident CIA agent in Rome is provided additional information in the form of an ultimatum to be delivered to the president. Finally, a Washington news reporter learns from an anonymous caller that Iran is behind the plot and why.

Now, facing Iran’s deadline to move all U.S. forces out of the Persian Gulf and little else to go on, the Navy turns to one of its most decorated SEALs, Commander Tom Sampson, head of the elite counter-terrorist Red Cell, to find and rescue the mids.

Among the kidnapped are Midshipman First Class Ingrid Lucerne, daughter of Marine Corps general John Lucerne, the acting Chairman of the Joint Chiefs of Staff, and Russell Bennett, II, son of the chairman of the powerful Senate Foreign Relations Committee and close political ally of President Leslie Pickens.