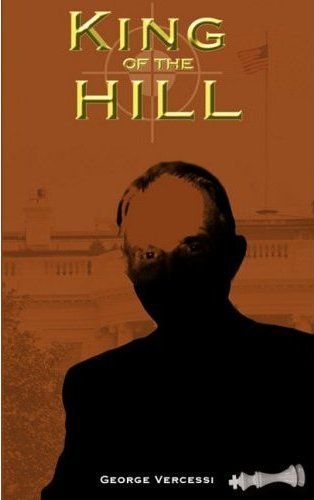 It was eight a.m., far too early to be so warm. Washington’s torturous summer had arrived early, but neither of the two law students waiting in brooding silence against the backdrop of a campus idled for Easter recess seemed to notice. Certainly not Julius Caesar Vittorio, who was pacing the curb and scanning the quiet street for the cab that would take them to Union Station.

“Where the hell is he?” he said. His companion simply shrugged, a gesture that went largely unnoticed. Disconnected from the world around him, Vittorio was still struggling to understand the previous night’s phone call.

“Julie, this is Uncle Nunzio,” the older man had said, his voice unduly somber. “I got bad news.”

Immediately, Julie’s thoughts had flown to his mother, and he braced himself. “What is it?”

“My father’s dead?” His chest constricted, breaths coming short, as he tried deciphering the message. Reason told him it was his aging mother, not his robust father. “I don’t understand. How’s that possible?”

The rest of the brief conversation had been a blur, with the detached voice recounting something about a shooting, and Julie numbly agreeing to catch the morning train back to New York.

Now, waiting for his ride, he knew little more than what he’d read in that morning’s Washington Post, now folded and tucked firmly under his arm in a useless attempt to conceal the screaming headline, Mafia War Heats Up In NY. And beneath it, the jarring story.

New York (AP) - Police report another victim in the rash of mob shootings plaguing the city during the past month. In a bold daylight assault, Anthony `The Gent’ Vittorio, a prominent Bronx businessman and reputed boss in the secret Mafia organization, was fatally shot yesterday in his Hunts Point office, the victim of an apparent gangland slaying.

Lacking signs of a break-in or struggle, the police believe the assailants were known to Vittorio, whose body was discovered by employees late yesterday afternoon. While information is sketchy, sources wishing to remain anonymous indicate Vittorio was shot several times at pointblank range.

“Incredible!” declared New York Police Chief Thomas Nolan, at his Manhattan office. “The man’s gunned down in the middle of the day and no one remembers hearing shots or seeing the gunmen.” Pressed for his assessment, Nolan responded, “I don’t expect we’ll find the killers. These guys are pros. Vittorio was a big man in the organization, so I don’t imagine anyone wants to get tagged for this one.”

Adding to Julie’s distress was a sidebar story tying the murder to an internal Mafia shakeup prompted by a police raid the preceding year at crime boss Joe Barbara’s rural 58-acre New York estate outside Binghampton that netted sixty top bosses and sent chieftains scurrying across upstate Apalachin farms. But more disturbing was the gut-wrenching photo of his father’s bloodied corpse juxtaposed with two other overplayed news photos; those of Albert Anastasia’s bullet-riddled body on the floor of Manhattan’s Park Sheraton barbershop, and a heavily bandaged Frank Costello, grazed in the head during a botched attack in front of his Park Avenue apartment.

“I’m sorry,” Julie said once they’d boarded the train, “don’t expect much conversation. I just don’t have it in me.”

His companion replied, “I wasn’t expecting it.”

Sanford (Scott) Remmington III and Julie had been friends since entering Georgetown University Law School together nearly three years earlier. During that time there’d never been any mention of links to the ultra-secret Mafia. But now, with the story on everyone’s lips, Remmington was anxious to learn what he could. Rather than probe, he opted to wait; certain a few details would slip out during their journey north, tidbits he could share with his family at the dinner table in Connecticut that evening.

To his disappointment, Julie remained silent for the first hour, directing his attention to the passing countryside instead. It wasn’t until they’d left Baltimore that he opened up.

“Look what they’ve done to the family name,” he lamented, tapping the newspaper beside him.

“Not everyone believes that drivel,” Remmington replied. “Certainly no one who knows your father.”

“You think so?” he said wanting to believe him.

Julie merely shrugged and fell silent again, as he watched a man and boy waving at the passing train from their backyard. The scene reminded him of earlier times, when he and his father had strolled together through the old neighborhood, and it left him wondering what life would be like without him.

“They did a helluva job on him,” he said without turning from the window.

Remmington folded his magazine. It was the opening he’d been waiting for.