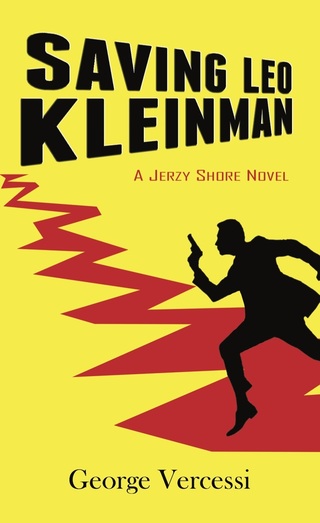 On June 8, 1967, Israeli air and naval forces attacked the USS Liberty in international waters in the Eastern Mediterranean, killing and wounding two-thirds of the crew. Twenty years later, Leo Kleinman, an American naval intelligence analyst, is sentenced to life in prison for selling military secrets to Israel. Now, NCIS agent Jerzy Shore must piece the two events together, if he is to identify and locate the person who wants Kleinman dead before his sentence is commuted by the president as a way of advancing the stalled Israeli-Palestinian peace talks.


Laura Greene, forty-two, slight of build and currently unmarried, gulped the last of her wine, crushed out her cigarette, and pressed PRINT. Then, lacking energy to move away from her computer, she remained stoop-shouldered staring at the screen while the printer rumbled to life and spat out her latest rant to Leo Kleinman. Craving sleep, but fearing the recurring dreams that would surely jar her awake, she willed herself up and forced herself to perform unnecessary housekeeping tasks in one last attempt to delay heading off to bed.

When she could no longer continue, she placed her cigarettes on the kitchen counter beside the rear door, to be claimed later in the likelihood she’d need them, sighed, and trudged upstairs with little enthusiasm, while praying for just one night of uninterrupted sleep.

As before, her prayers went unanswered, and sometime in the early hours she was once again aboard the American spy ship, USS Liberty, plying the sun-drenched international waters of the eastern Mediterranean, off the coast of the sparsely populated Sinai Peninsula, this second day of what would later be termed the Six-Day War. The scene never varied, nor the events that followed. The sea was calm, no other ships in sight, and on the main deck sailors were sunbathing on steel beach. “It was just before all hell broke loose,” as her now-deceased uncle had so often described it.