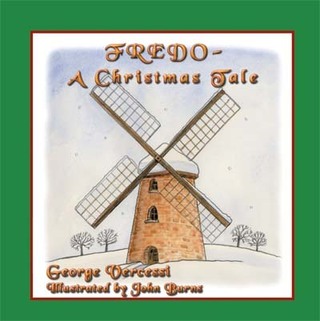 A moment later the boy was flipping pages and looking puzzled. “This is really a swell book, grandpapa. All these countries and cities and towns…” he said, his voice trailing off with a disturbing note of uncertainty.
“What about them, Master Jacob?” I asked, sensing a problem.
“Well…” he said, knitting his brow again, “I was just wondering how Father Christmas gets to all of them in one night. The world looks so big, and well… It seems like such an impossible task.”
Noting his expression, and thinking, someone so young shouldn’t be troubled by such doubts, I wondered if perhaps I’d erred in bringing the gift. I also wished his father were there to answer the boy, but, of course, that wasn’t possible. Thus, with the task falling to me, I gazed at this brave boy who’d suffered greatly these past weeks without once complaining, and decided this was the time to share a very special secret, one told to me many years ago, when I was about his age.
“You’ve raised an interesting question,” I replied, as he looked at me with trusting eyes. Then, drawing closer lest someone hear me, I lowered my voice and whispered, “Very few folks know that Father Christmas is able to visit every house around this large globe on Christmas Eve because he knows a special secret.”
The boy sat motionless, his eyes fixed on me and his mouth slightly open.
“On Christmas Eve, when the bell in the clock tower rings at midnight, there exists a magic moment,” I explained. “By uttering one word—one very special word—he can travel the world while time as we know it stops.” His eyes widened, and I quickly assured him, “That is, it stops just for him, not for the rest of us. Our clocks keep ticking without interruption. And it’s during that magic moment that he is able to travel wherever he wishes simply by thinking of the place he chooses to visit.”
The boy blinked, but said nothing, and so I continued.
“He travels with his band of helpers; a group of little men who look like us except for their hands and feet, which are larger than ours—I’ve been told twice as large. Together, they work from a book much like this one,” I said nodding at the atlas, “except theirs has many more maps, along with the name and address of every child in the world.”
By now the boy was leaning forward, his eyes as large as saucers, but, still, he didn’t utter a sound.
“Starting from his home in the north, Father Christmas delivers his gifts working his way around the globe in a circular fashion—always in a clockwise direction,” I said, spiraling my finger downward. “I believe he does this so as not to miss anyone—until finally reaching the South Pole. It must be a good system,” I added, “because he’s never missed a child to my knowledge. Though, some years, when his list is especially long, I’ve heard he travels counter-clockwise, which I understand is a bit faster because of the earth’s rotation.”